The recurrent argument about whether we have a spending or a revenue problem brings to mind my own experience back so many years ago. As a 10 year old I was given an allowance of but 2 shillings per week. Yes it was shillings and yes it was a long time ago. 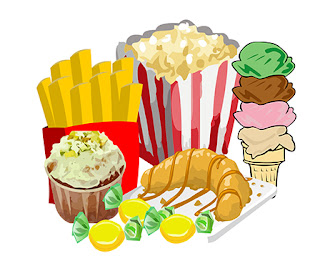 With such a well defined sum I was most scrupulous about my spending. My weekly 'treat' was the Saturday movie matinee at the local cinema, the Coronet in Bondi Junction. Armed with my 2 bob, I set off by tram, 3 pence each way, paid my 1 shilling admission and settled in for a full three hours of entertainment. In those days going to the movies was an outing to be relished, with cartoons, the odd serial, "The Lone Ranger" or "Rocket Man", and after intermission the featured movie. On my way home I indulged myself with 3 pence of chips, wrapped in newspaper, and a potato scallop. A full afternoon for two bob. I still remember this much loved ritual after all these years.

I knew exactly where my money was being spent and I made sure it was spent on what I wanted. I also know I had a serious revenue problem, as I did not have enough money for chocolate freckles or cobbers or indeed the cream-bun that I also desired. I explained this to my mum in a vain attempt to justify a raise. She disagreed suggesting I really had a spending problem. That I should make do with what I had and perhaps should miss out on the movies one week and indulge in the other vices I felt were entitlements. She even suggested I could walk instead of catching a tram.

Of course I coped without those extra 'necessities ' and learned to live within my means.

All in all a good early lesson on many levels.

These very same lessons seem to apply to our government 'deficit' problem today.
Our politicians have a different perspective on this problem because they come at it from different sides.

The ALP see it as a Revenue problem. They have a long list of must have programs like Gonski, Healthcare, Disability Insurance and so on, that require increased expenditure and complain the government is not raising sufficient funds for these essential programs. By defining it as a revenue problem they are providing 'justification' for increasing taxes to raise revenue.

The LNP however are motivated primarily by the need to ensure the budget is balanced. They do not want to raise taxes especially since government expenditure as a proportion of GDP is already at historical highs. So they look critically at the ALP wish list and identify what we may want but can do without. Hence the case against funding of Gonski among other things.

We too sorely need a responsible adult to take control of our budget deficit.