We can be better...without the hypocrisy

"We're better than this", is the theme of the new emotive song drawing attention to the plight of children in detention as a result of our mandatory detention system. The song sprang into existence in the last week or so. I saw and heard it on Sky News' Viewpoint last Sunday. It has all the makings of a hit. Catchy tune, singers some of Australia's best known names, and a simple heart rending message.
It goes without saying than any right minded Australian, Liberals and Labour alike, would fully agree children (especially young children) are the innocent victims of illegal immigration. As a compassionate country we do not want to see any child in detention.

There must be compelling reasons for both Labour and Liberal governments to have enacted a policy that will result in what they individually believe punishes innocents. Indeed there are. I also accept the main message of the song, that we as a country could amend our policies to avoid keeping any child in detention. Isn't that what the Liberal government is trying to achieve with their Temporary Protection Visas policy which is being blocked in the Senate? But I don't want to go into these arguments, as it is not the main point of my post.

My issue is with the timing of the release of this song. We are only now hearing these voices against the now Liberal government's asylum seeker policies. Voices that were very silent for the six years of the Rudd/Gillard/Rudd governments. The new focus on the issue is all the more pathetic since it was in those Labour years that the numbers in detention rose rapidly as a direct result of the policy settings the Labour's 'Rudd government. (See the table below showing the rapid rise in unaccompanied minors in detention from 2008)

Where was the passionate cry for children in detention when the numbers were rising? Where was the human rights commissioner for investigations and accusations. Where was the song then?

I can only conclude that those who instigated this song, some of these well known Australians, did not want to upset their Labour brethren by drawing attention to the Labour's immigration policy failings. In those six years the plight of children in detention was a lesser priority than the well-being of their Labour colleagues. For these instigators the release of this song now is sheer hypocrisy. 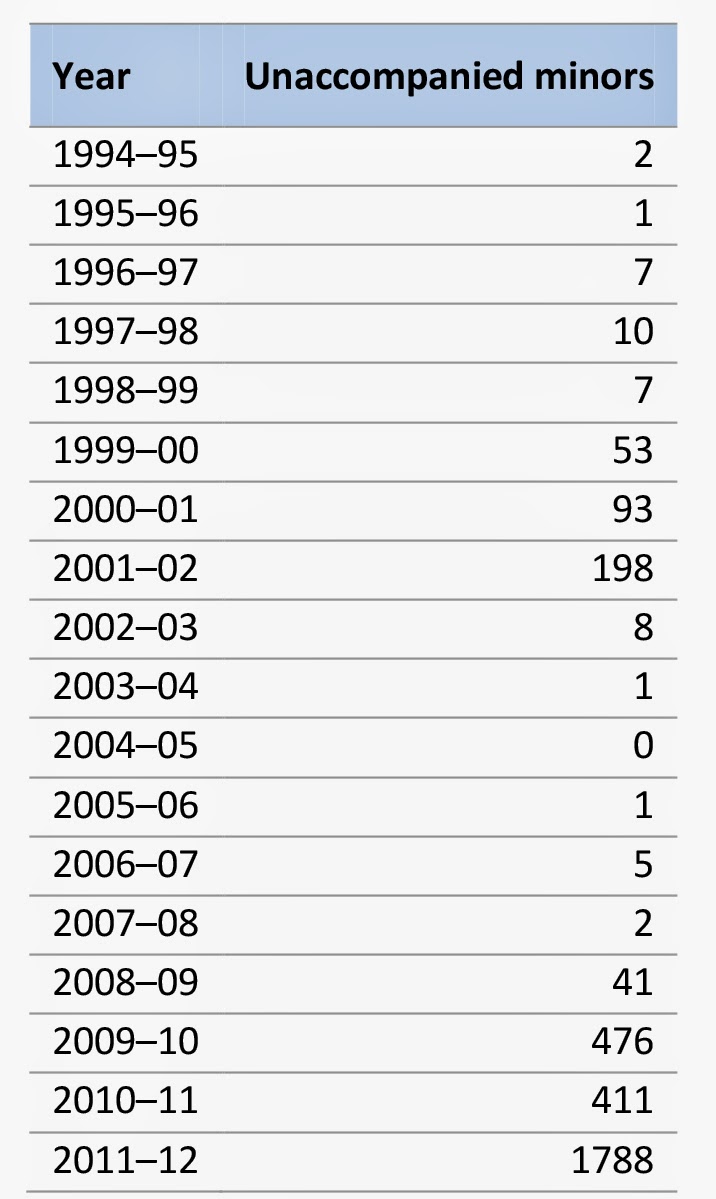