In Towards Heaven or Hell I presented my perspective on the direction our civilization is heading. Despite the current chaos and despite all the threats to humanity, my conclusion was that whatever we have today is better than we had in the past and yet tomorrow will be better still. Given the very obvious challenges confronting us this optimistic view is counter-intuitive and many do not share my view. Yet I have found one, a most articulate one in Matt Ridley. In his 2013 Kemp memorial lecture, he covers all the reasons why civilisation feels threatened, yet offers strong, compelling reasons why we should be optimistic. So much so that you should not read the rest of this post but simply watch this video.


The 30 minutes is well worthwhile. If you don't have the time here are some snippets from his presentation.

Riddley recounts the range of threats to civilization he lived through in the 1970s, including ; -

It always looks bleak but doesn't turn out that way

"As Lord Macaulay put it, “in every age everybody knows that up to his own time, progressive improvement has been taking place; nobody seems to reckon on any improvement in the next generation. We cannot absolutely prove that those are in error who say society has reached a turning point – that we have seen our best days. But so said all who came before us and with just as much apparent reason.

“On what principle is it that with nothing but improvement behind us, we are to expect nothing but deterioration before us?”

People always think they living in a world about to change and things will get worse. But history teaches us that it doesn't turn out that way. There is no rational basis for believing otherwise this time either.

The only reasonable conclusion is that the current positive trends in our collective quality of life will continue. We have good reason to remain optimistic about the future.
Posted by Grappy at 10:57 No comments:

Although the new superannuation legislation is still 'hot off the plate', this new incarnation is far from ideal. Despite ever larger contributions, the average worker even after 40 years will end up relying on an aged pension. This is a far cry from the picture painted by Keating/Hawke when superannuation was first introduced.

Keep an eye on the prize

All superannuation policies should be focused on every retiree reaching this super balance.

5 Changes to Improve our Super

This objective leads us to consider a wide range of changes that can both lower the burden on our welfare budget and yet increase the number of workers achieving self funded retirement.


No doubt more changes will come

Given the legislation has just passed the senate, it may seem that these suggestions have missed the boat. I guess in the short term that is true. But have no doubt the pollies have not finished fiddling with Super for long. Most likely it will be revisited in the not too distant future for another tax grab. Then again who knows, perhaps the inspiration fairy will strike some future PM with the fortitude to guide the parliament to sensible, long lasting Super reform.
Posted by Grappy at 09:37 No comments:

I happened to catch the last few minutes of the ABC's QandA last night. The topic at the time was Climate change. It was the usual one-sided ABC panel with the usual one-sided audience clamoring for immediate action against carbon pollution. It is the greatest "moral challenge of our time", "without real action today we are facing climate disaster!" the various calls coming across as rather shrill.

Of course there was the sacrificial token representative of the 'dark' side. In this case it was James Paterson a rather youthful Victorian Liberal Senator. During the few minutes I watched he acquitted himself well, responding with commendable equanimity in the clearly hostile atmosphere.

I was struck by the passion of the climate change advocates, the foam-in-the-mouth, frothy passion, the no-argument-or-discussion-is-allowed passion, the disgust-for-anyone-wanting-to-question passion.

These are without doubt intelligent people, who on any other subject would listen to the information, seek alternate views, apply some filters as to the veracity of the information and then come to a balanced judgement. But it seems that with Climate change it is different. Yes it is a cliche to call it a religion, but I do recall from decades past I did note the same visceral passions in the occasional discussions on religion.

As I have noted in my earlier posts, my own beliefs have evolved over the past year. (See the Climate Change page for a list of my posts.) I have been swayed from the most foreboding predictions of "runaway" climate change by just a few observations. 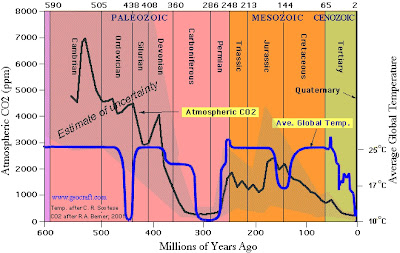 So lets all calm down. Yes, there is global warming. The earth has been in a steady warming period after the mini-ice age of the early 17th century. Yes, it is probable, but not certain, that man made emissions of CO2 are contributing to this warming. It is possible, but again not certain, that if our civilization can reduce its emissions, we could mitigate some of the temperature increase. Indeed it may even be worth doing this in a sensible, equitable and gradual process. After all I am all for sustainability.

But there is no need to overreact. The world will not end in a ball of fire if we fail to control our emissions. Planet earth will not turn into Venus if we fail to close brown coal power stations in Victoria next year. Nor indeed can any of our virtue-signaling state governments on their own make any measurable impact on the Earth's temperature. Neither can all of Australia. It requires a coordinated world effort to make even an iota of difference. Will such a coordinated effort occur? We are yet to see.

My expectation is that our significant investment in energy research will generate breakthrough technologies. Technologies that provide abundant base-load energy at lower cost than fossil fuels. When that happens the world will quickly shut down fossil fuel power stations without any coaxing.

We do have time. Even if the world carries on business-as-usual our civilization will survive a 3 degree increase in temperature and a doubling of CO2 concentration. Indeed it would be a warmer wetter and greener world, perhaps more pleasant that today's.

QandA's shrill calls for no-holds-barred-urgent-action remind me of the advice printed on the "Hitchhiker's Guide to the Galaxy" , "Don't Panic!"

What's so wrong about a lifetime Visa ban for asylum seekers who had tried to enter Australia by boat? The proposed ban would prevent anyone who has come to Australia by boat from re-entering anytime in the future, even if they have citizenship from another country.

Sounds pretty harsh! After all it could be 40 years from now, when that person may have won a Nobel prize, and wishes to enter for a holiday. I guess these are some of the arguments.

But let's considers some facts; -

While it may not serve the political purposes of the ALP /Greens and refugee advocates, the legislation can help asylum seekers and there is little downside.

Asylum seekers would far prefer to have an option for re-settlement in a country like NZ, Canada or US than hold-out on Naure/Manus for an indefinite period.  So by arguing against this measure asylum seeker advocates are arguing against the interests of those they claim to support!